Go: database/sql: should support a way to perform bulk actions

The standard syntax for multi-value INSERT is (from PostgreSQL documentation):

What about adding a Value type that can be passed as the args argument to Exec or Query?

This will not require any changes to the existing interface. 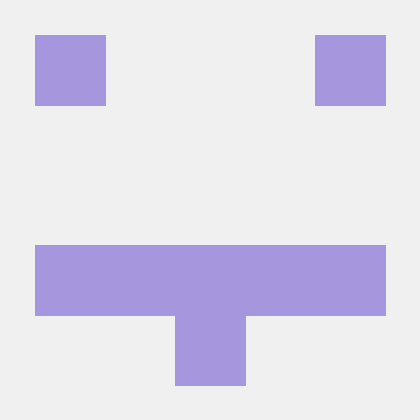 For what it's worth - I've just tried using the lib/pq driver's Copy functionality to do bulk loading, and although I can't comment on whether this would work for other DB drivers, it seems like a reasonable API.

The standard syntax for multi-value INSERT is (from PostgreSQL documentation):

What about adding a Value type that can be passed as the args argument to Exec or Query?

This will not require any changes to the existing interface.

This will require holding data for the whole batch in memory. Also this proposal doesn't allow to batch updates if supported by database.

FYI there is implementation of batch insert in github.com/lib/pq based on COPY.

This will require holding data for the whole batch in memory.

Of course, this is required by standard INSERT statement.

Also this proposal doesn't allow to batch updates if supported by database.

By batch, do you mean multiple SQL statements in the same query, separated
by semicolon?

I will be happy with just the support for multi-value INSERT, since it is
directly supported by the SQL standard (using the VALUES construct):

FYI there is implementation of batch insert in github.com/lib/pq based on

COPY is not standard, and the github.com/lib/pq seems (just looking at the
API) to store the whole batch in memory.

By batch, do you mean multiple SQL statements in the same query, separated by semicolon?

Yes, this would require to support multiple return values though.

COPY is not standard, and the github.com/lib/pq seems (just looking at the API) to store the whole batch in memory.

COPY is not standard indeed but it is fast and the driver doesn't hold the whole batch in memory. Have a look at the implementation at https://github.com/lib/pq/blob/master/copy.go

I agree it would be nice to have generic batch API but it is quite difficult to design a single API that will allow drivers to choose the optimal method to implement batched operations. I think using driver library directly is a quite good compromise.

BTW, in postgresql it is also possible to use the following SQL for bulk insert:

I haven't use it though and I don't know if Go driver supports arrays.

BTW, in postgresql it is also possible to use the following SQL for bulk
insert:

I haven't use it though and I don't know if Go driver supports arrays.

This is what I was speaking about. And it is not PostgreSQL specific, but
SQL standard.
It does not use an array, but the VALUES statement:
http://www.postgresql.org/docs/9.5/static/sql-values.html

type Tuple []interface{} // Since Row and Value are already defined

This have the advantage that a Values value can be specified as a parameter
to Query or Exec function without changing the sql package API.

@perillo I tried your method:

but results in the error:

Totally beyond the scope of golang. You could always manually open a transaction, process all your inserts individually (don't worry there's connection pooling), and commit the transaction. Avoiding the overhead of the implicit transaction, on each iteration, will be huge win.

For accessing the bulk features of the various RDBMS, like bcp in SQL Server, for example you can always save the csv to disk and use exec to run the batch.

@pimbrouwers I disagree. I think it would be great to create a standard bulk data interface. Yes, opening a transaction will increase the speed of many inserts. But bulk interfaces are also useful. I personally hate relying on native commands like bcp to be present on the host system.

Unless the standard interface has platform specific adapters, it won't work, because there isn't an adhered to standard for bulk action, for example SQL Server uses BULK INSERT... and MySQL uses LOAD DATA INFILE....

Yes, like query protocols, each would need a driver.

I run my app on Linux and Ms SQL server on Windows. The app won't have bcp installed. Often different boxes or app in bare container. Or database hosted as a service.

I think a way to batch values before sending them is needed. It would save network roundtrips
and allow the driver to parse the statements and transparently switch to bulk inserts.

Statements could implement 2 methods to mirror this functionality:

Then calling an Exec/ExecContext would send the batched statements to the server.
I don't know if a context would be needed for AddValues here, as there probably should not be
round trips to the server when enqueuing Values.

I crafted a proposal in my own fork. I'm open to comments.

If we get to something definitive, I'll write the necessary units tests and submit a CL. I'm also thinking of preparing a reference implementation on a fork of lib/pq, to be PR-ed after this ever gets into a release.

First let's talk if the proposed API is useful.

I would like to note I'm a PostgreSQL / lib/pq user. The below proposal is based on what I know about those. Perhaps naming of types is biased towards the PostgreSQL terminology. We can change it to anything more suitable if required.

In order to truly benefit from increased performance and less (or single) round trips, a bulk action should happen asynchronous. If that is not the case, a prepared statement would suffice anyway.

Currently lib/pq uses a prepared statement, but switches to asynchronous streaming in the implementation code. Callers need to call stmt.Exec(args) for every row of data. Exec may return an error that is related to this or an earlier call, due to buffering. In order to flush the buffer and terminate the COPY, one call to Exec() without args must be made. Although this is workable, it is a confusing interface. For instance, one can't reliably determine the amount of data sent or written to the database.

In order to properly describe and work with the asynchronous relationship of data, result and error, I would like to propose the use of channels. The driver shall return a write-only data and a read-only result channel.

Here I went with an interface type, passed to CopyIn(). With batches, the data set might come from another source like a file, decoder or network. This prevents the need of the data set to be loaded in memory. Conveniently, io.EOF is used to signal the end of a batch.

If the Batch interface is accepted, I intend to provide a helper function that can turn [][]interface{} into a Batch.

The rest of the copyDC implementation can be found here. It compiles, but I haven't tested anything yet, pending some feedback here.