Whenever a process is launched via docker exec, it seems that killing docker exec will not terminate the process. For example:

I would expect that killing docker exec -it process will also kill the spawned process, or there should be a way to stop the spawn process similar to how docker stop works.

My version of docker:

mmm, I've just followed your example, and have a mildly different result?

and the non-containerised version works the same:

so for me, its works as intended (

@SvenDowideit ah, my use case is that the docker exec process is killed from outside of the container, not the process started by docker exec inside the container. For example, after running docker exec, the tree will look like ( pseudo pids here to illustrate the point ) :

Now if i do kill 1025, which kill the docker exec process, the process tree becomes:

I would expect nsenter-exec to be killed as well and/or maybe docker should expose a way to programatically stopped the exec-process from outside.

Yes, i should have included the process tree from the start as it's much easier to know what's going on. Should not submit an issue at 5am i guess :(

mmm, ok, so I agree - I too would expect that docker exec would trap the kill signal and pass it on to the Docker daemon, which should then pass the signal on to the exec'd child

I don't see much in the way of support for this in the API, http://docs.docker.com/reference/api/docker_remote_api_v1.15/#exec-create, so bug?

@vieux @proppy what do you think? (I'm going off the MAINTAINERs file :))

Yes and I don't see where the pid for the child is (if at all) stored in the ExecConfig.

Terminating a running 'exec' session via an API has not been implemented
yet.
@proppy: Yes, the child pid is not stored as part of ExecConfig.

—
Reply to this email directly or view it on GitHub
https://github.com/docker/docker/issues/9098#issuecomment-62676939.

It's probably much harder to do it from the docker cli though as we don't really expose the exec's id anywhere.

Yes. A stop/kill daemon api makes sense to me. For the CLI case, I need to
see if the daemon can automatically terminate an abandoned interactive
'exec' command.

It's probably much harder to do it from the docker cli though as we don't
really expose the exec's id anywhere.

—
Reply to this email directly or view it on GitHub
https://github.com/docker/docker/issues/9098#issuecomment-62679132.

@vishh I'm not sure how we can implement this auto-terminate. Maybe we can have some list api for exec? And make exec jobs dependent on container, so on container deleting - all abandoned jobs deletes too.

AFAIK exec jobs should get terminated on container deletion. Is that not
the case?

@vishh https://github.com/vishh I'm not sure how we can implement this
auto-terminate. Maybe we can have some list api for exec? And make exec
jobs dependent on container, so on container deleting - all abandoned jobs
deletes too.

—
Reply to this email directly or view it on GitHub
https://github.com/docker/docker/issues/9098#issuecomment-62756154.

Maybe we can have some list api for exec?

Perhaps add a way to see all processes related to a container? Eg

Which will include the exec process.

Good point. We should expose exec jobs belonging to a container.

Maybe we can have some list api for exec?

Perhaps add a way to see all processes related to a container? Eg

Which will include the exec process.

—
Reply to this email directly or view it on GitHub
https://github.com/docker/docker/issues/9098#issuecomment-62762031.

@vishh eh, I meant internal execStore. Yeah, it is a little different, because I wanted to add method for getting exitCode of exec job and be sure that this job will be deleted from execStore. (All I can imagine is pretty ugly)

+1
this also causes a go routine leak. 3 go routines are leaked whenever this happens.

I proposed additional extensions for the remote API to stop/kill exec command here #9167 . That should fix my particular use case ( programmatically managing exec commands )

The proposal doesn't include CLI changes as i'm not sure what is the appropriate interface for exposing exec sessions yet.

Currently, it seems that when docker exec is killed, the spawned process still has a stdin with nobody attached to.

I don't know if closing stdin would be a better alternative to killing the spawned process. 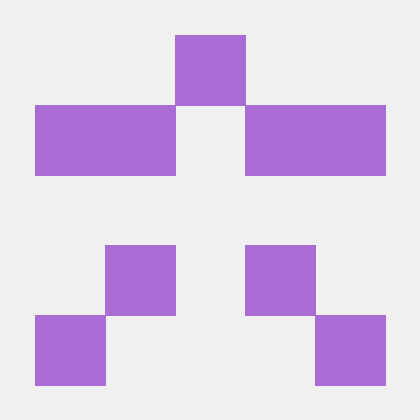 I get this on latest:

Container becomes unresponsive after creating some random number of exec instances :(. Could be related to this .. +1 for ability to destroy them via the remote API.

Happen to me as well, there is any ETA for this to be fixed?

@dqminh can you share How are you guys workaround this issue right now? We need someway for docker to properly kill exec sessions..

So when you kill bash all child processes should be stopped

@garagatyi That doesn't work, because when you kill your "docker exec" (external to container ,possibly remotely) process, the process in container doesn't get any signal, docker daemon should have closed its stdin pipe.

Or at least what should I be doing instead?

The following bash snippet can be used as a workaround for this issue. I basically intercept the SIGTERM to docker exec and do a manual cleanup. It is based on this: http://veithen.github.io/2014/11/16/sigterm-propagation.html

I'd be content to have an api to send signals to the exec'd processes, ie hup, wait a few seconds, kill, the way a shutdown would do it. 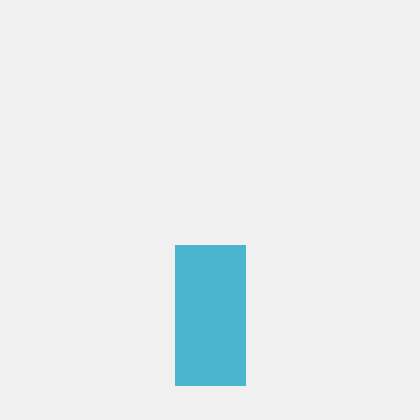 Any updates? We still want this.

I guess the daemon could be updated to kill the associated process if the exec wasn't started in detached mode. But this behavior has been there for quite some time now, and I wonder if some people incorrectly relies on this side effect.

docker run has a flag --sig-proxy, which is enabled by default when attached.

Not sure about changing defaults, but it would be nice to have docker exec be able to proxy signals to the process it's attached to.

@cpuguy83 there seems to be a part of the code that actually disables forwarding signals though; see https://github.com/moby/moby/issues/28872#issuecomment-269088870, and --sig-proxy is also ignored then

We're hitting this as well, both on docker 1.12.6 and on 17.0.6.0-ce. We have some automated processes that attach to running containers via docker exec -it from an SSH session, interacting with the running processes and gathering output to logs. If the SSH connection is disrupted, the docker exec'd process remains running. We end up accumulating these stale processes over time.

This issue was the root cause of a number of inconveniences I've experienced over the past several months, and only today did I finally land on this bug.

The workaround isn't too fun or easy either. I'm using Python to call docker exec in a subprocess, and what I settled on amounts to grepping docker exec ps ... to get the PID of the command I just ran, followed by docker exec kill ... to kill the process running inside the container. There were also some tricky aspects to what I had to do, but I won't describe them here.

I think this issue should be prioritized more highly because it's the kind of behavior one takes for granted, and in certain use cases (like in my case) it's easy not to notice this bug was happening all along.

Previously --sig-proxy was an option to force proxying signals when not using a tty, and hence when using --tty the proxy got forwarded. Passing both --sig-proxy and -tty was leading to an error. That looked like:

So what happened with e0b59ab52b87b8fc15dd5534c3231fdd74843f9f is that signal proxying is now enabled by default for non-tty. BUT the patch has a fault: setting --tty always disable signal proxying.

I am pretty sure that signal-proxying should be enabled by default whether it is a tty or non-tty mode, it is still possible to disable it with --sig-proxy=false. A patch would thus have to implement the following changes:

It there any update? I have the same issue, I run container (as a sandbox for code), and then Jenkins run inside container some script many times, and in case if Jenkins build (which ran docker exec blah bash -c '<dangerous code>' was aborted bash process still run in a container.

@th3mis if you can use docker run --init instead it shouldn't happen.
The init process in the container will ensure that signals are forwarded to the executed process in docker. 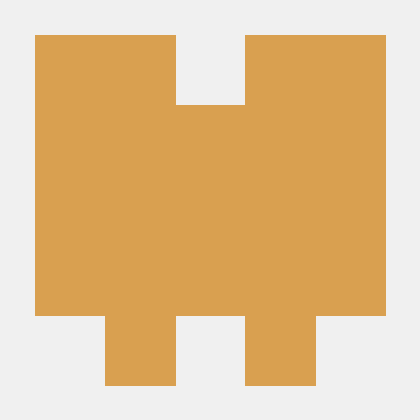 @fho
No, it also doesn't work.

And when I press CTRL+C, I still see sleep 77 in container processes.

No, it's not resolved. The docker CLI does not forward signals to the exec process. This is one of the areas where exec's usage is at odds with the original intent, which is debugging.
The functionality just needs to be rounded out

If you still want to use docker-exec you have to run your command via the init-process manually:
docker exec ubuntu bash -c '/dev/init -s -- sleep 77'

Otherwise the signals are still not forward to your bash process 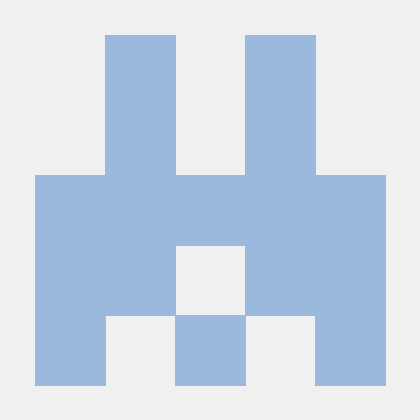 i think the ”docker exec“ and "docker run" are different issues.

also, this is not only about signal proxying.
what if we run "docker exec" or "docker run -H " in a host and dockerd was started in a remote host?
signal proxy is not sufficient for this situation.

Is there any movement on this? We've just hit this issue as well - very unexpected behavior.

I am working on https://github.com/kubernetes/kubernetes/pull/87281 where we need the ability to kill docker exec command.

When would the fix get to be reviewed ? 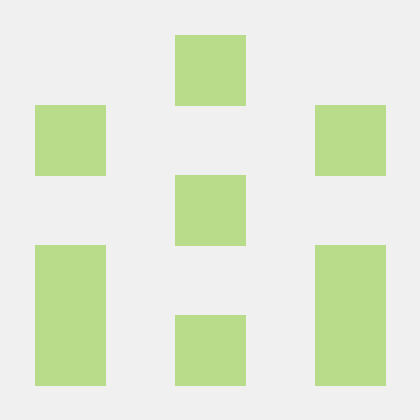 I do this nasty piece of work...
docker container exec -d my_container sleep 999

In my case the container in question doesn't have a "ps" command so it's cleaner to kill from the host.

This issue is still very much existing and causing unexpected and unwanted behavior. 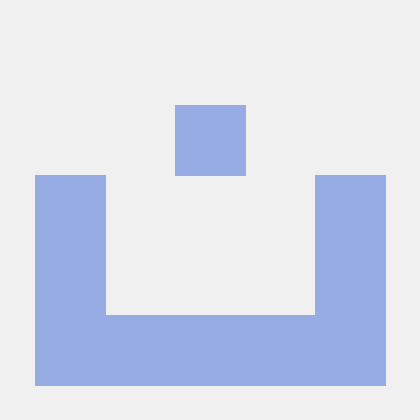 Spent several hours running around in circles yesterday, thanks to this "feature". (Well with kubectl, but I blame docker for starting this mess).

If it's not going to be fixed, can we at least have a clear warning in the documentation / --help output / man page? 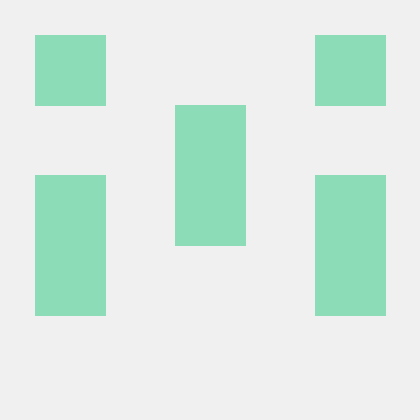 Hello. I've run into this issue too. I offer here a workaround done to the best of my limited understanding of how docker works and its internals (most learned while creating this workaround).

First, let me explain the use case:
I run a docker image which runs a basic piece of software (a driver, long-time running process, using a number of random ports).
Over time, I need to run further commands to interact with this driver, these commands are also long-time running processes. They interact with the driver and in doing so they need to get some resources and free them properly afterwards, which implies, they need to be killed cleanly, i.e. when getting SIGTERM or SIGINT they must do cleanup before exiting. All this software is automatically run by a tty-less environment (supervisord).
Summary: I do docker run -t FLAGS --name DRIVER_CONTAINER MYIMAGE MYDRIVER and later on every X time docker exec -t DRIVER_CONTAINER MYDRIVERCLIENT. I need the exec commands to exit cleanly and not remain as zombies.

Now, the fun part, my workaround: I made a wrapper, using the Docker API and some hacky bits, for docker exec to enable signal forwarding. It is contained in this gist which has the class DockerExecWithSignalForwarding. It contains a command line interface that imitates docker exec, supporting (almost) the same flags and nature of use. I install it as dockerexec to make it look similar to docker exec. It supports remote DOCKER_HOST via SSH.

I hope this may help by: giving an option to people falling into the same issue, and maybe providing an idea on how to do it officially (if there is no better way). And I'd also request feedback on how to improve it (in the comments of the gist probably).

I reproduce it here as it is right now for ease of reading: