this is my project, can also try to make a smaller testcase if required
https://github.com/ForsakenHarmony/portfolio

Segmentation fault is a type of crash to me

Can you add the log to a Gist? I'm not seeing anything in the current output, besides that it failed around a Sass file, that indicates this is a node-sass issue.

I'd also suggest just trying to reproduce it without webpack

I'm not quite sure what's going on, it only seems to happen in the docker build script, not if I run it inside the container

may also be my code, because this doesn't crash

It does not seem to crash. Looks like a permission problem, people usually run as root inside a container, check our troubleshooting guide for info on unsafe permissions

Segmentation fault is a type of crash to me

I am sorry, didn't scroll that far right. Can you try to get the core file?

You'll need to delete your node_modules and reinstall your modules inside the container. Copying files from (or reusing a cache) between debian and alpine is going to result in segfaults.

@saper the core file?
also yes, copied from debian
node_modules doesn't get copied ( doesn't exist )
I get the feeling it's the build itself

probably your binding.node is copied/cached from Debian, this way it has to crash.

it also happens in ci

Having exact same issue. Fails with segmentation fault after a clean build and run inside Alpine image based on this Dockerfile (Node 8.1 + build essentials).

Works fine when doing the same thing inside image from this Dockerfile (Node 6.11 + build essentials).

Between 6 and 8, the node images changed from Alpine 3.4 to 3.6 so there may be some difference there. We did use their image to build our binaries though

@mikestead can you run npm rebuild node-sass --force within the Node 8.1 container and confirm whether the segfault is still present?

Also can you supply a minimal scss code sample the produces the segfault so we can investigate further?

tried rebuilding in the Dockerfile, didn't change anything

@ForsakenHarmony thanks. If a fresh local recompiled binary is still segfaulting I'm not sure what we can do. This could be an issue with Node 8 or Nan.

FWIW I'm seeing something similar but nothing to do with node-sass.

I've had a node application running FROM node:8-alpine for a while now with no problems. I've been toying with using babel-preset-env to transpile code in a version-aware manner. Presumably this means that more of my code is now using native ES features that are available in node 8 features rather than transpiled ES5 code.

Anyway, something has changed and the app crashes with Segmentation Fault when I try to log in (works fine up until this point). Switching the Dockerfile back to FROM node:8 fixes the issue.

this is the dockerfile I tested with, project is linked in the main post

I am experiencing the same problem with a switch from Node 6 to 8.1.4 (alpine-based images).

Edit: I can confirm that not using an alpine-based image solves the problem (at least my problem).

Can anyone provide a backtrace for this?

Having the same problem with Node 8.0.0 and Alpine, specifically this docker image: mhart/alpine-node:8.1.3. node-sass version 4.5.3. Nothing to really go off of in my logs from my CI except:

This only happens on GitlabCI when using Docker in Docker. It works on my local MacOSX machine.

We had a similar problem when using bcrypt, see issue 528. Running npm rebuild node-sass on the CI does not help.

Hello everyone participating in this bug: I have seen similar reports addressed to different projects using node alpine docker images. There is little evidence that node-sass is at fault here currently. (Just because something breaks with node-sass is not enough, this is only one of native modules that may cause trouble).

Unless somebody comes up with a working debugger and a stack trace it will be very hard to help and we will need to close this issue. Please keep in mind that node-sass is very picky about using the same versions of libc(musl) and C++ runtime libraries, which mostly means the same C++ compiler has to be used for node-sass and for the node itself.

Maybe the maintainers of the docker image can help you better, at least with getting the debugger running.

would it be possible that the difference between what the global install does compare to local in term of sass binary in use...
Global on top, brought in by npm in the binding on bottom.

@saper guess I should stop using sass then

same here
with node8 and node-sass 4.5.3
with clean node:alpine

Has anyone tried the recommendation of adding in the libc6 compat from the Node image repo? https://github.com/nodejs/docker-node#nodealpine

@jackbrown thanks for trying ❤️

I managed to procure a stacktrace! I used the node8-alpine docker image. I used the following steps to reproduce:

I have attached a backtrace that I got:

This is great @enko. I think the root cause of the problem is http://wiki.musl-libc.org/wiki/Functional_differences_from_glibc#Thread_stack_size

If that is confirmed, there is not much we can do about it.

Here is my workaround for the issue, and the image is top20/node:8-alpine.

If the stackfix is doing what I think it is doing, is that a confirmation that we have a stack problem? Of course, it is possible that the newer libsass or the newer node need more stack for some reason, but until that does not loop forever it is not a bug.

That would mean closing this bug and declaring musl docker images unusable for node-sass.

@jubel-han Thanks! Your workaround worked for me

I experienced this issue, as well. I think https://github.com/sass/node-sass/issues/2169 is also related. My fix was to change the build stage's image to one based on alpine 3.7, which brings with it node 8. I also build force an npm rebuild of node-sass in that image. This resolves the issue for me.

@jwalton it is exactly this problem

This was merged in August. I wonder when and where it landed?

Different kind of fix could possibly be the following addition in your Dockerfiles.
Fix: https://github.com/nodejs/docker-node/issues/588

I had the same issue not using Sass.
It only occurs if the docker host itself has a hardened linux kernel (alpine in my case).

This has been worked around by increasing thread stack size in the libuv libary (https://github.com/libuv/libuv/issues/1507) and became available in node 8.

Therefore using anything older than node 8 with alpine is discouraged.

In a nightcourse, we were asked to setup a node http server in docker.

I looked up what was good for docker and found it was alpine linux so I installed that in a VM.
Then I installed docker in that and then I followed a few basic tutorials to try and get node going.
None worked and I kept getting the error code 139.

I searched for a very long time and eventually I found this thread and saw the reply from @cw789 which helped. It did not explain what I should do but I pieced it together from looking at the solution and how some others patched their systems.

The fix is for me to add this to my Dockerfile before npm gets called:

It also works if I add it just after:
FROM node:carbon

If this comment seems long and includes a lot of technical lines, it is meant to. If anyone else ends up googling the errors like I did, I hope this helps. 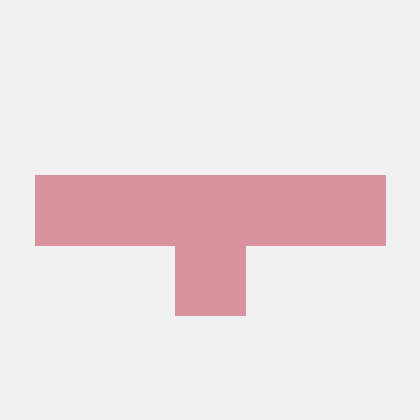 Can anyone confirm whether this is still an issue with 4.8.3? 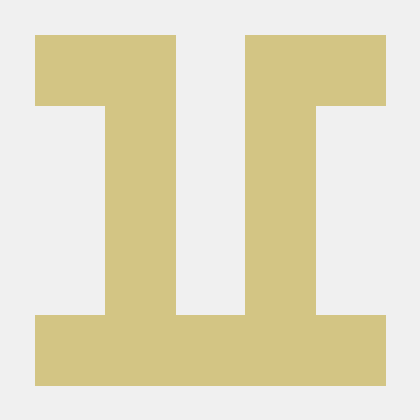 I get it too on node:11.2-alpine and node:11.2-slim
if anybody else runs into this, using the full image
node:11.2 this happens less often (it still happens sometimes)

I was facing the same problem serving an express server. For some reason -alpine version throw segmentation fault.

This resolves our problem.